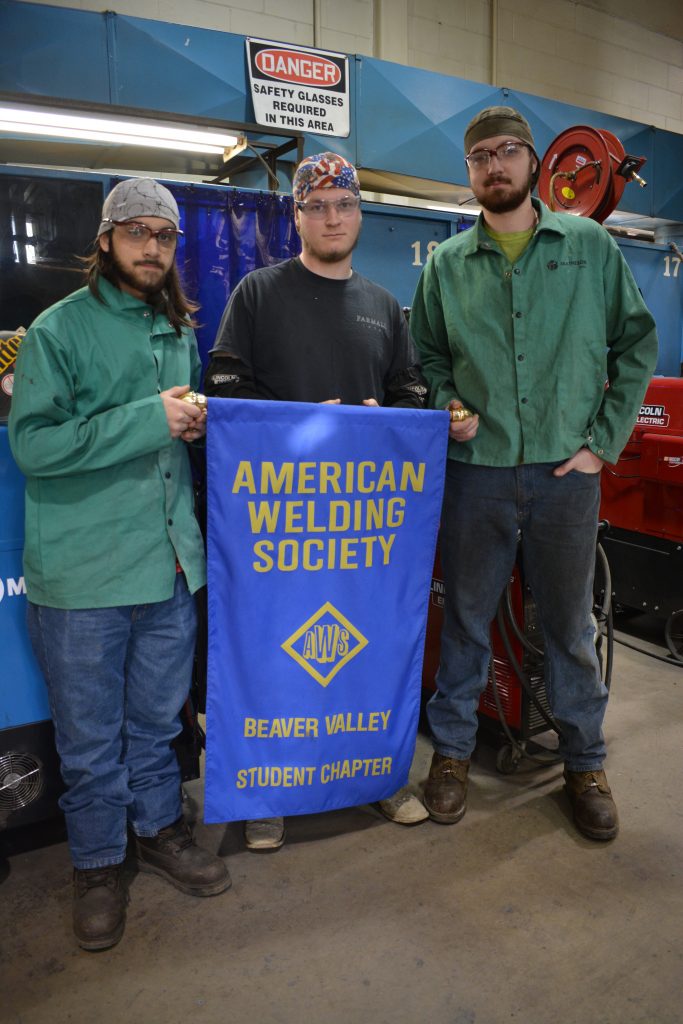 Back in December of 2019, the ‘Best of the Best’ high school Welding students of Western PA appeared at the 39th Annual Weld-Off at Pittsburgh Technical College.  Though it was a difficult decision, Mr. Cosentino could only bring three of his students. He brought with him, Dillan Harter from Blackhawk, Jordan Kelleher from Western Beaver, and Tom Tweed from Riverside.  All of the students represented their program and respective school districts very professionally.  A bonus for Mr. Tweed, he ended up winning 2nd Place overall!  Way to go, Tom!  Mr. Cosentino said, “You have no idea just how competitive this event is and for a student to be able to participate is an honor in itself.  This will look so good on their resumes.” Stating that these students have ‘bright futures’ ahead of them is not just a play on words but truth in their future professions.
The ceremony was held at the Steamfitters Technology Center in early February where Mr. C ran into Josh Porter, a 2018 graduate from South Side and former Weld-Off competitor when he was enrolled in the program.  Right now, he is employed as a welder at Minnotte Manufacturing located in Pittsburgh.  Mr. C also caught up with 2019 graduate Anthony Shaffer from New Brighton.  Although he is currently working in his family business, he is continuing his welding education at Steamfitters during their evening sessions and plans to apply when applications are due.
CONGRATULATIONS to both current and past students for their achievements!